What if You Thought of Your Chronic Illness As A Friend? 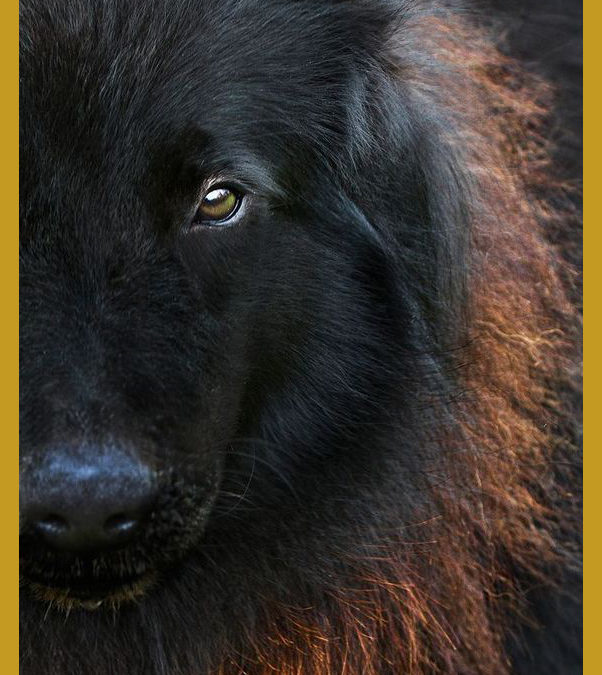 When I was first diagnosed with lupus, it felt like a snarling, angry wolf had taken over my body and was terrorizing it. I was the wolf’s victim and could do nothing about it.

Then, when I was well enough, I became hyper-vigilant. Watching the wolf constantly. Always aware of my body. Always awfulizing about what could happen and about how bad things could get. Always on guard, waiting for the next symptom to hit, or for the pain or nausea or weakness to get worse. I was new to this illness and it scared me!

So I waited for the wolf to attack again.

And constantly thought about how the wolf was horrible, unpredictable, dangerous. I was it’s victim and it was my captor!

Unfortunately, the more I thought about the wolf this way. The more I cursed the wolf, and the more I watched and waited for it’s next attack, the more I noticed every little ache and pain and physical abnormality that appeared. I’m sure that after reading about or hearing about some of the things other people with autoimmune diseases were going through, I even made up a few of my own.

And then I realized that I no longer wanted to live like this!

Yes, I had Lupus, but that didn’t mean that Lupus had me. 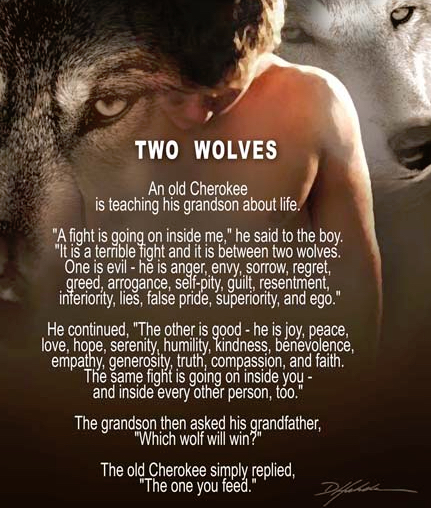 I knew the wolf would never leave, but maybe the wolf and I could be friends.

And that is when I remembered a technique that a magnificent money coach teaches to change people’s mindsets around money form negative and destructive, to positive and joyful. She calls this technique “Money Honey”. And I thought I would try this technique with Lupus.

With the ‘Money Honey’ technique this coach has her clients create a powerful negative image of money. Her clients visualize the concept money as a horrible monster that is out to destroy their lives. I felt that I had already got that image firmly embedded in my brain. She then has her clients create an actual physical image of their money monster. And then destroy the image. Tear it up. Burn it. Bury it. Throw darts at it until you can no longer recognize the monster. Whatever makes you feel better.

Next, create an image of what your money honey would look like. Give this image a name and a personality, as if it was real. If money was a real person, or a real animal, what would money look like, act like. What activities and experiences would money like to share with you? If money was your best friend, what would you two be doing together? How would money be helping you? Make your money honey image as real as you possibly can.

I decided to try this technique with Lupus. First I created an image of Lupus the Monster. For me, Lupus became a snarling, growling wolf, like the wolf in the photo at the top of the page. I printed out the photo, told this Lupus monster that I was not going to be treated like that any longer, and burnt the image. 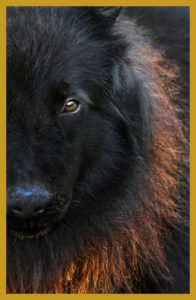 Then I created a kinder, gentler image of Lupus, using the photo on the right. I know. Total cliche using the image of a wolf, but this really resonated with me.

I named this kinder, gentler wolf Lucas, and imagine Lucas being with me to help and guide me. Yes, sometimes he still bites, snarls, and growls, but I’m used to that now. Well, maybe not used to it, but I accept that this is part of Lucas’ personality and am learning to deal with these episodes.

I speak with Lucas as though he was my best friend. Silently. I talk to him about Lupus, asking questions about this illness, asking if I should be doing a specific activity or not, or eat a specific food or not. I don’t expect to receive an answer, but I do listen for answers to my questions and responses to my comments. I figure this is my intuition speaking with me. But either way, being able to speak with Lucas gives me a sense of having at least some control over my life, even if it is just a small amount.

What I have gotten from doing this, from creating Lucas and communicating with him, is a shift in both my mindset and my identity.

I am no longer focused on the negative unpredictability of this illness, on awfulizing what might happen next. I am no longer hyper-vigilant, watching for every new ache, pain, or symptom.

Yes, the reality is that Lupus is still unpredictable, still causes pain and discomfort, still saps my strength and stamina, but I am no longer focused on those aspects of Lupus.

By becoming friends with Lupus, or at least by no longer fighting this illness, my focus has shifted away from the things I can’t do, or think I can’t do, and onto new possibilities that are opening up to me even within the boundaries that Lupus has set on my life.

I feel more comfortable getting on with my life, making the changes and adaptations I need to live the best life I possibly can. 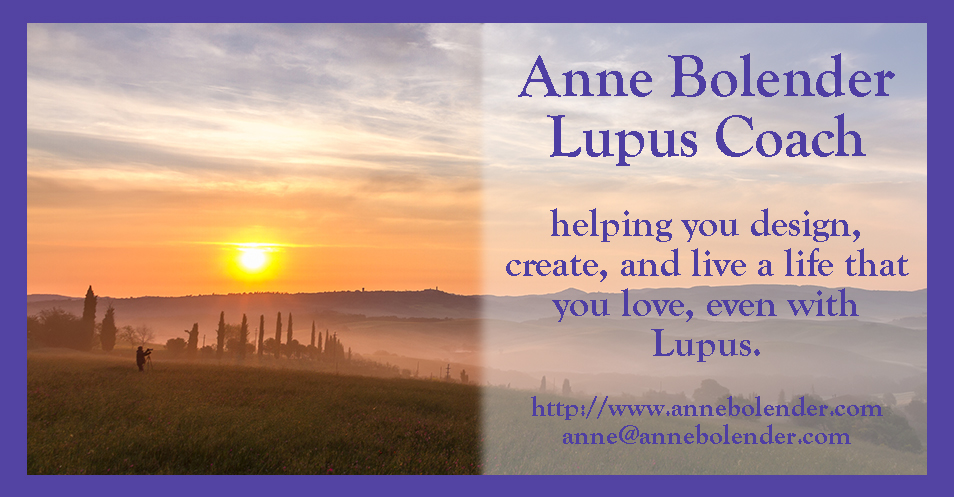 I'm a Certified Life Coach, a Certified Retirement Coach, teacher, mentor, and tarot reader. I love to travel and am excited to help women at midlife and beyond become location independent entrepreneurs and create the lifestyle they crave!