Welcome 2016, A Year of Clarity and Energy 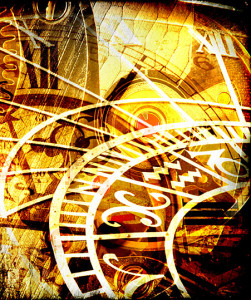 2016 – here’s to a year of mystery and discovery, of clarity and energy.

I don’t think I have ever been happier to say “Goodbye!” to a year before, and so excited for a new year to begin.

Let’s just say I’ve labelled 2015 “The Year of Murphy’s Law” (because everything that could go wrong did go wrong at the worst possible moment!!) and have filed those memories away under the heading of “These memories need to be rescripted – stat!!”

One take-away from 2015 I am eternally grateful for is that I managed to shed so much baggage that no longer suited or supported the life I am creating. This shedding has opened up so much physical, emotional, and mental space, and made all kinds of room for new ideas, new directions, new learning, new joy to sprout and thrive!!

Seriously, everyone should go through a “Murphy”s Law” year and clear out a lot of stuff that is no longer right for them – it’s hell going through that kind of year, but after all is said and done, the rewards are so worth it.

So, what’s in store for this year – I’ve decided to select a “Word of the Year” for myself this year, something to focus my life and my business around. Actually I ended up selecting two words as my “Words of 2016” – Clarity and Energy.

Clarity because everything I intend to do this year will be focused on gaining Clarity – for myself and to share the ‘how to’s’ and the ‘what not to do’s’ with others. In keeping with this, my first formal e-book is set to be published on January 19th and it is called Clarity Alchemy: When Success Is Your Only Option. Information on how to get your copy ****free**** will be available shortly, so stay tuned. I am also producing a 30 Days To Clarity e-Journal, which should be available soon, and am working on several small digital programs, all aimed at helping people gain Clarity in their lives and in their businesses.

Energy became my second “Word of 2016” because my intention is to spend a lot of time this year exploring ways to consciously manipulate energy to deliberately create our reality. Intuition, spells, rituals, using the power and energy of words, that kind of stuff.

What is really exciting about these two words is, when I looked at these two words through the lens of Numerology, both words indicate intuition. The word energy is an 11 word, with 11 being considered the most intuitive number of all. Clarity is a number 7 word which is not only rather lucky, but appears to be suitably charged with intuitive energy as well.

Do you select a word of the year? Have you tried doing Numerology on the word you selected to see what energy your word is bestowing on your year??