What Do You Automatically Accept as Normal? 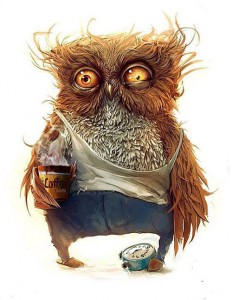 I was reading an online article recently, one that was posted on the Collective Evolution website. The article was pointing out how we (“we” being society in general) tend to unthinkingly accept some pretty absurd ideals regarding what makes up ‘normal’ in our culture.

The ‘automatically (the article referred to these as ‘absurdly’) accepted as normal’ beliefs pointed out in the article included things like: the way our society value money and the ‘economy’ over clean air, healthy environments, nutritious food. Or how our society prioritizes companies over people, war over social well-being, selfishness over equality. Or how our society blindly believes that a formal education involving memorizing useless bits of information has any long-term value. Or how being normal means accepting that a better life includes working long hours, owning expensive cars, moving into bigger houses, and buying more stuff!!

Now, I haven’t actually led a ‘normal’ life, not by mainstream society’s standards. I spent most of my adult life raising a family, studying then working at a University, and moving around a bit. My personal ‘accepted as normal’ is predominantly a self-defined rather than a socially defined normal, but even then, there are still a number of ‘things’ that I have automatically accepted as my normal!

OK, so the list could go on for a bit (lot) longer, but I think you get the gist.

Now when you look at normal beliefs as being just abstract ideas with no grounding in anything except the belief that the idea is normal; or when you see normal as just being long-held ways of doing things that may no longer even be relevant, then a touch of absurdity starts to creep in to a lot of our beliefs around what is “normal”.

So my questions to you are: