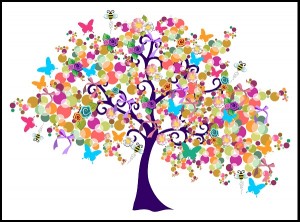 Nine days in to this challenge and what I have discovered about myself is that I totally suck at implementing rituals.

I can create some amazingly awesome rituals around pretty much anything. But actually doing the ritual day after day – I totally suck at that!!!

How’s that for a limiting belief – that I know how powerful and magical rituals are, but I cannot follow through with actually practicing a ritual for any length of time!!

Right in the middle of my angst over this revelation, the thought “But your ritual is following your curiosity!!” popped into my head. What…WHAT!!! Well, this was interesting, to say the least.

Of course, my curiosity took over and I had to explore exactly what that meant 🙂

If “following my curiosity” was my ritual, then my limiting belief had to be wrong. I have steadfastly followed my curiosity for decades now.  And when I follow my curiosity, invariable my reality shifts – which is exactly what powerful rituals do, they end up shifting your reality in one way or another, for better or for worse.

So….what was there about my limiting belief that was wrong, or at least, no longer worked for me??

When I perform my ritual, when I follow my curiosity and explore how a specific personal core value of mine will show up in my life and what the core value showing up in my life will look like in my reality, my reality shifts. That is a successful ritual and that ritual feels so good. Absolutely doable!!!

I have a very strong limiting belief about losing weight. You know the story – I would like to lose some weight, but every time I go on a diet to lose weight I end up gaining weight. Diets don’t work. I’ll never lose weight.

Now for the re-frame: In this limiting belief, I have been telling myself the story that I need to be on a diet to lose weight. I have also been telling myself the story that I will never be able to lose weight!! In my re-frame, I am going to call on one of my core values (curiosity) and tell a new weight-loss story. My new belief is: I wonder what would happen if I ate only organic foods for a month!!

In my new story, I completely eliminated the old stories of needing to be on a diet to lose weight, and that I will never lose weight. And, I have invoked my new ritual and my core value of curiosity, and created a new, more powerful belief.

Your turn. What limiting beliefs are you going to re-frame and dissolve??